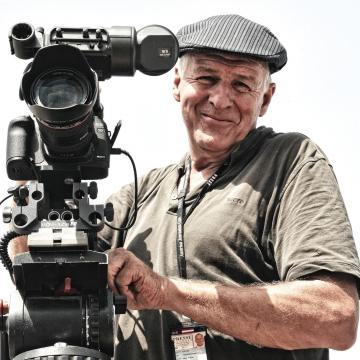 At the moment, the director Klaus Feichtenberger is in NepalI. He is shooting high up in the Himalayas. He Hopes to be back in time to visit Sondrio again, "a charming festival that holds a special place in my heart since this is where my professional career as a film-maker began many years ago. I have such good memories of the festival and the town", he says.

We told us about his film Amur, The Black Dragon. In China, the Amur River’s middle course is called Heilong-jiang, which means Black Dragon. The film shows how China is beginning to recover wild wetlands and woodlands in order to enable the return of wildlife. On the Chinese-Korean border, pristine subtropical jungle surrounds Northeast Asia’s mightiest volcano. From its crater, a natural shrine for consecutive cultures, flows the Amur's biggest tributary, the Songhua or White Dragon River.

Mr. Feichtenberger Why did you choose this river for your documentary?

My old friend Franz Hafner and I had worked in the Russian Far East years ago, and we both love this part of the world. It was his idea to make a 3-part series about the Amur River, the very life-line of this region, and he invited me to join him in this adventure. The Amur is among the ten major rivers on the planet but nearly unknown, so we thought we might change that.

Why  is it called The Black Dragon?

This is an ancient Chinese name. The Amur's (or Heilongjjaing's, as the Chinese call it) waters are dark from the volcanic sediments and organic substances from vast forest areas, and, seen from above, the river meanders and snakes along, reminiscent of the traditional Chinese images of dragons. It's main tributary, the Songhua, is called The White Dragon, by the way, and the two dragons get married at the confluence of these big rivers.

How long did you stay in Asia to shoot your film? Were there any problems? What were the most beautiful days/aspects of your journey/work?

Together, Franz Hafner and I had spent several years along the Amur in the past. For the actual production of my part of the series (the Russian-Chinese border which is formed by the Amur over a length of nearly 2000 kilometers), I made two trips of 6 weeks each.

Right now I am working on a similar series about the Brahmaputra river system. I invited two experienced directors to help shoot in Tibet, Nepal, India and Bangladesh.