Wild Albania. In the Land of the Eagle - Interview to Cornelia Volk 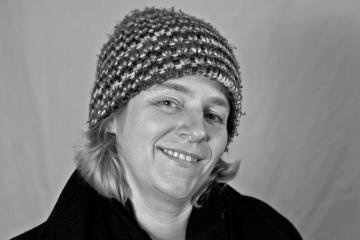 Some questions to Cornelia Volk, director of “Wild Albania – In the Land of the Eagle” .

Mrs Volk, why did you choose Albania, the fascinating land of the eagle?

Well, it is quite a long story. My first encounter with Albania was in 2009, on a research trip to the Albanian Alps for a documentary project about the Balkans Peace Park. This film was never made, but I somehow fell in love with this country. There were so many fascinating stories, so many unknown nature treasures as well – and most of all: so many wonderful people. After two films that touched Albania (“In the Heart of the Balkans”), and several private journeys through the country, I convinced the production company LOOKS Film and the TV stations MDR and BR to join into the adventure “Wildes Albanien”, and to discover this last blank area on Europe’s map. It was all but obvious, and all but easy, but we did it!

How long did you stay in Albania to shoot your film?
One of the really big challenges was time. We had a broadcasting date for the first German TV channel ARD in December 2015, but couldn’t really start shooting more than 12 months before. Alexander Sommer, our director of photography, filmed in situ in four different periods of that year, each time for less than 20 days. Really, very few time for a nature documentary in a country with a high diversity in species, but a very low abundance of individuals. And … decades of hunting pressure, even though our filming fell into the period of the government’s two-year hunting ban, that has meanwhile been extended for another five years.

What were the most beautiful days/aspects of your journey/work?
I pass this question on to Alexander Sommer, the one who was sitting in the tent waiting for jackals or climbing the mountains in search of eagles and bears. One of the things Alex told me immediately after the first shooting was how amazed he was of the friendliness of the people in Albania and the incredibly good food he found wherever he went. But it was also the unexpected rich biodiversity of this vastly unknown country that fascinated him. With these impressive mountains, lagoons and the hundreds of kilometres long Adriatic coastline. With animals that he would have never expected in some places, like the European pond turtles in the ancient theatre of Butrint or also the jackals on the beach. He was then also happy to find species in places where he did expect them, like the White-throated dipper in the mountain river or the fire salamander in the river bed. Very often, though, it was difficult to approach the animals: For filming the only breeding colony of Dalmatian pelicans in Albania he spent hours and hours standing up to the chest in the mud of Karavasta lagoon. The small rowing boat was of course no option, being too shaky. Alex might remember this episode now, when trying to get close to the flamingos in the Laguna Colorada in Bolivia, in more than 4,000 metres above sea level, for the new film of Christian Baumeister about the Andes.

How many documentaries have you shot in your life?
Apart from around 10 sequels of a series about the best zoological gardens of the world, I have finished 12 documentary projects about national parks, trans-boundary conservation areas or other cultural/environmental topics.

What future projects for your work do you have?
As I got somehow “addicted” to the Balkans, I have started to prepare some new projects in the area, let’s say, somewhere between the Adriatic coast and the Black Sea.